An initial note: we encourage people to check out the PDF of the new, revised, expanded version of our report. These pages will be brought up into alignment with that, but it may take some time. 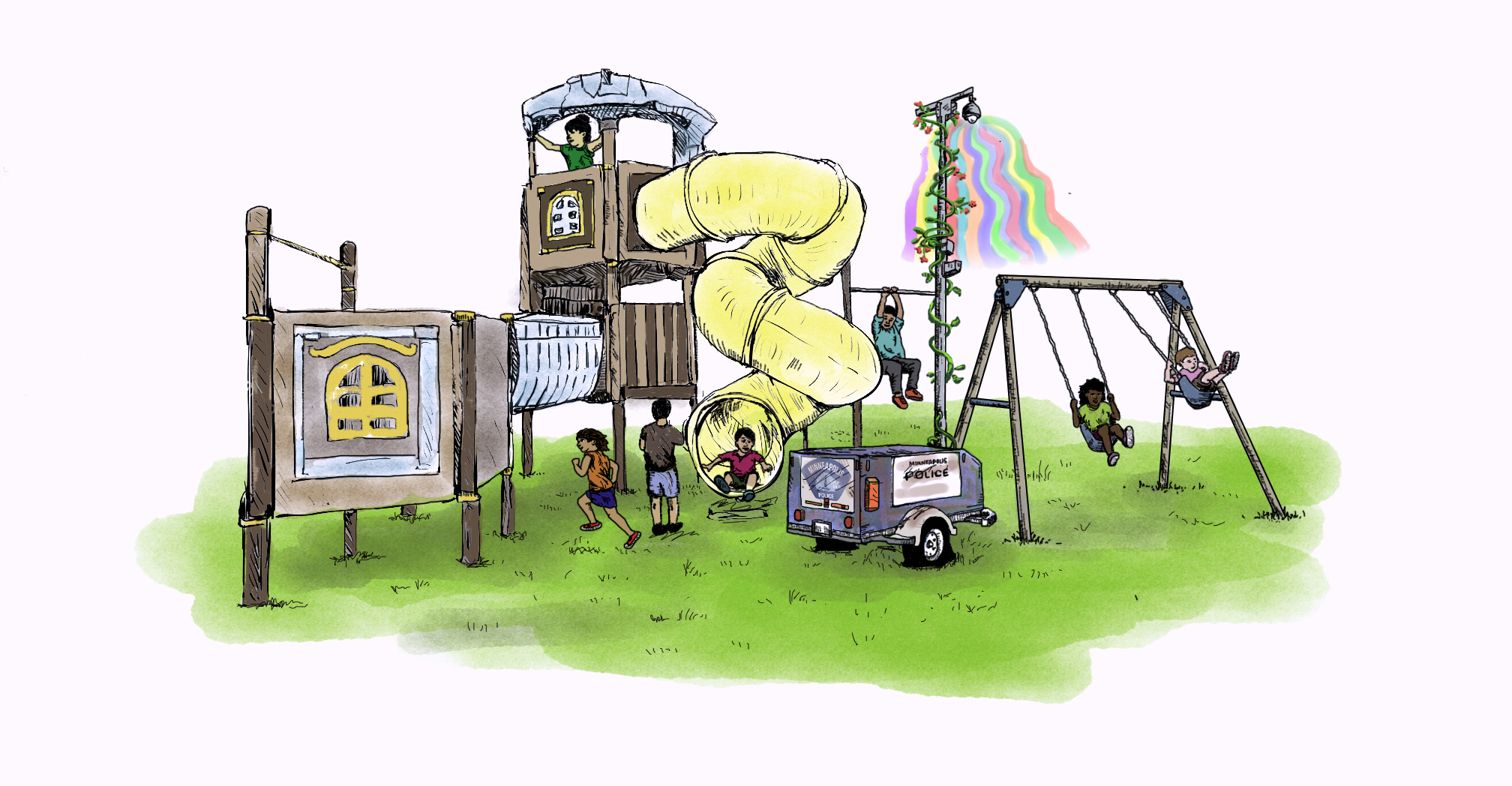 In the first section of this report, we reviewed the corrupt, brutal, and oppressive history of the Minneapolis Police Department. In the second section, we discussed the current landscape of the community-police relationship in Minneapolis. In this final section, we will present our thoughts on some ways we could bring this 150-year-long tragedy to its close and begin a new chapter in the history of Minneapolis. We talk more about current and potential alternatives on the alternatives page. 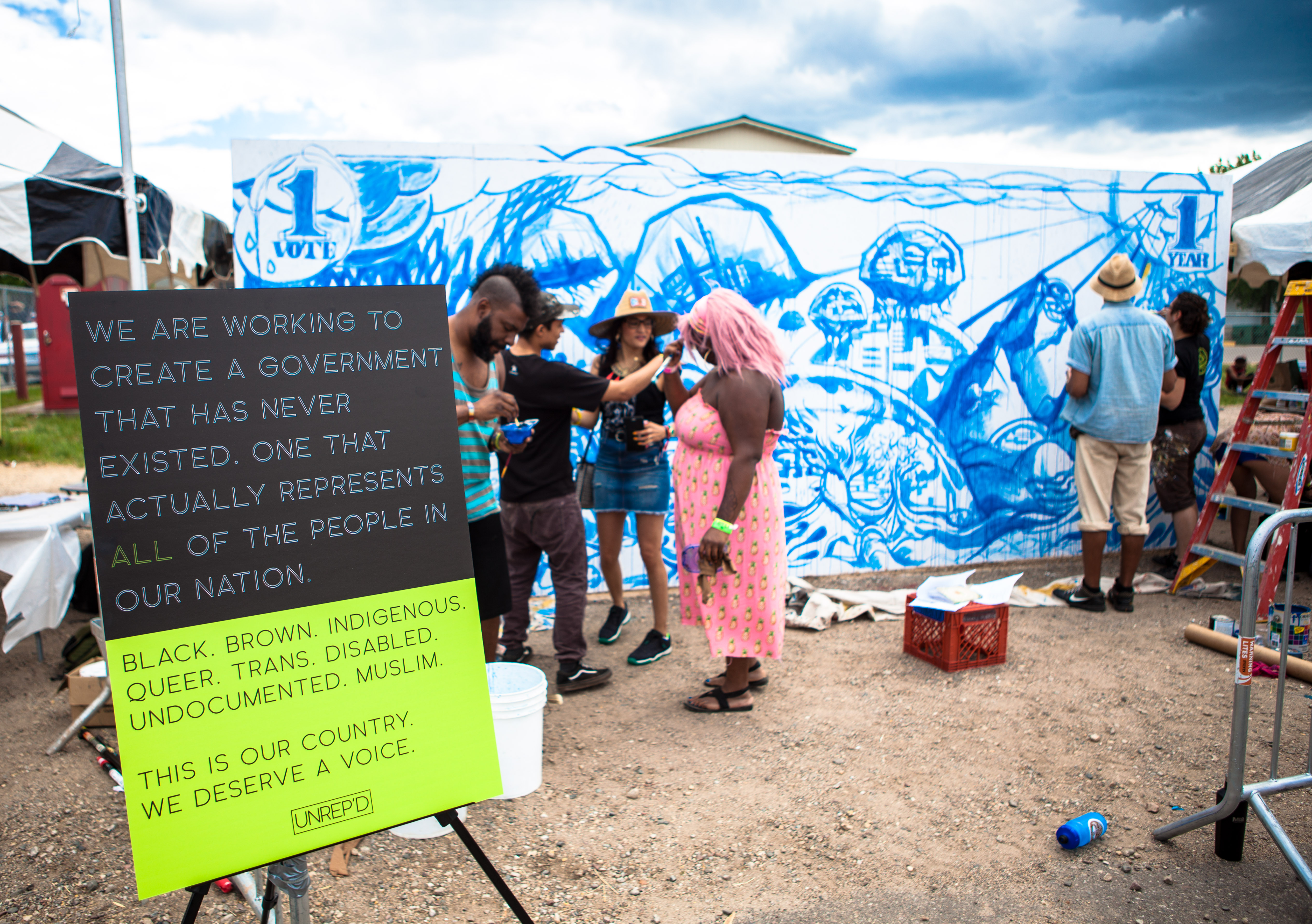 We’ve explored the problems deep in the heart of our police department. The culture of MPD is one where racism and brutality are tacitly allowed, and officers are honor-bound to cover up for one another’s misconduct. Complaints of officer misconduct are dismissed, covered up, and ignored, and even when officers are found guilty of brutality, the city can’t hold them accountable, and many of them continue to work on the force. Community outrage leads to cries for civilian review, diversity training, and body cameras – all of which ultimately fail to address the underlying problems. Meanwhile, the police union has a formidable amount of political power, and they use that power to prevent, limit, and destroy even small attempts at accountability. 150 years of history shows us that police reform is impossible: it’s time to dream bigger. It’s time to dream of police abolition.

We don’t have the resources we need to begin living in a police-free city tomorrow, but we do have what we need to get started. Below, knowing that we don’t have all the answers, we’ll share some ideas about how to use existing programs to begin building out a community safety network that can replace the police. 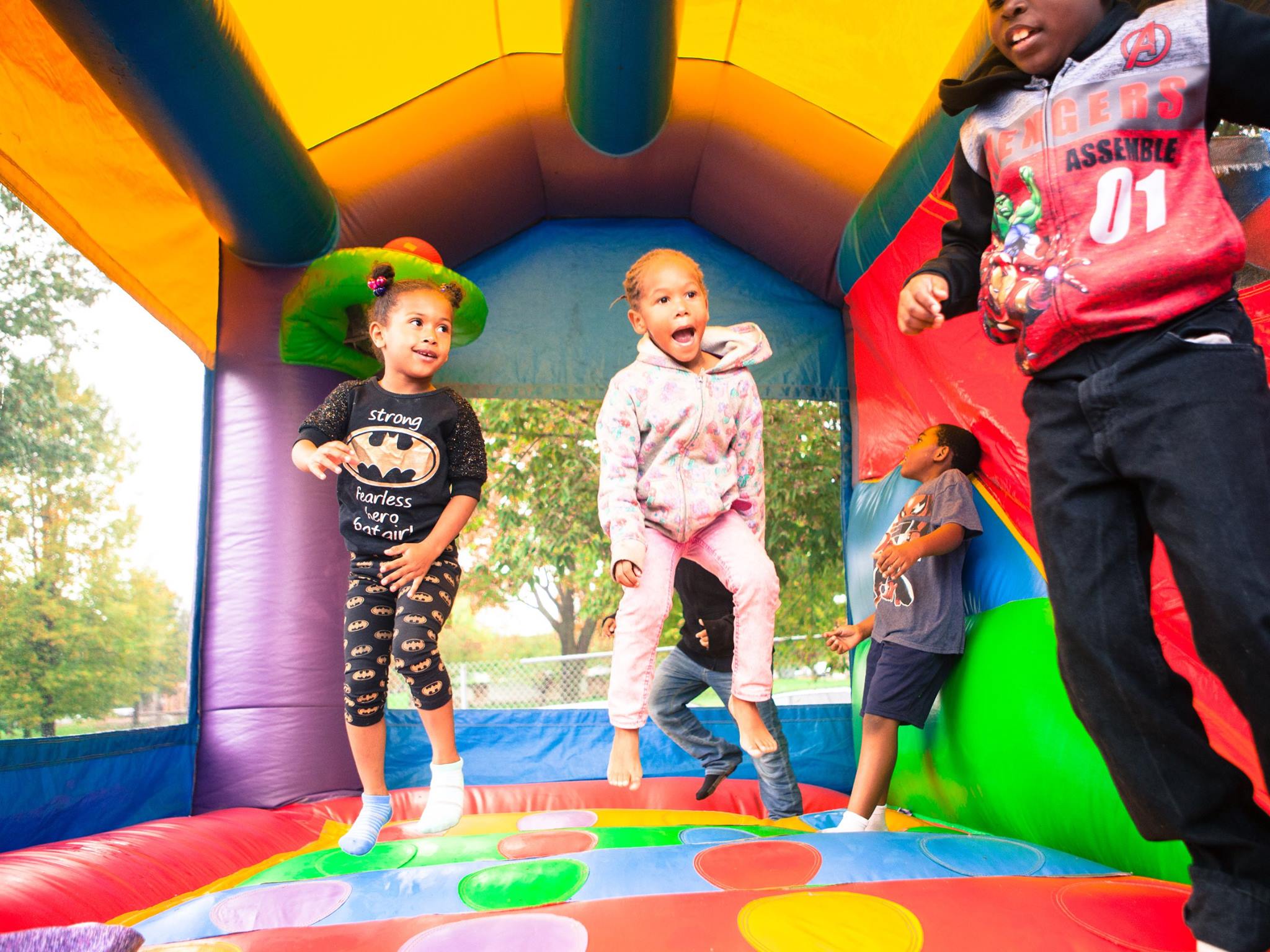 A group of children joyfully jumping in a colorful bounce house

Imagine for a moment that you were asked to help create stability in a newly founded city that includes a healthy and safe environment. How would you try and solve the problems that your friends and neighbors encountered? How would you respond to crisis, and violence? Would your first choice be an unaccountable army with a history of oppression and violence patrolling your neighborhood around the clock?

To begin envisioning a different world, we have to start by breaking down the functions that police hold in our communities. Right now, police are tasked with three major things in our city: they maintain order, respond to crisis, and bring criminals to “justice.”

Our criminal justice system is built on the idea that crime is a form of individual misbehavior, and can be prevented by putting “bad guys” in jail. On the other hand, common sense and social sciences research tell us that most crime is caused by poverty and marginalization, and cannot be prevented without addressing the underlying causes. In the words of retired Minneapolis Police Chief Tony Bouza, “The idea of police as crime preventers is rubbish. By the time the cop appears the criminal has been formed and the crime has been committed.”1Bouza, Anthony V. Police unbound: corruption, abuse, and heroism by the boys in blue. Amherst, NY: Prometheus Books, 2001. Ebook location 519.

When human beings lived in smaller communities where most people knew each other, crime wasn’t nearly as much of a concern as it is now. These days, we live in massive communities where a few people control most of the wealth and power, and the rest of us have to get by on scraps. Of course there’s crime and disorder in our city, given our state, our country, and our world. But the solution to that crime and disorder isn’t locking people up – it’s making sure they have what they need to get by. As Greg Boyle, founder of Homeboy Industries, a community safety agency in Los Angeles put it, “nothing stops a bullet like a job.”2Nico Pitney, “”Nothing Stops A Bullet Like A Job”,” The Huffington Post, September 30, 2015. Accessed November 05, 2017. https://www.huffingtonpost.com/entry/greg-boyle-homeboy-industries-life-lessons_us_56030036e4b00310edf9c7a4. Giving our communities the resources they need to thrive will do far more to prevent theft, assault, and murder than “tough on crime” policing ever could. 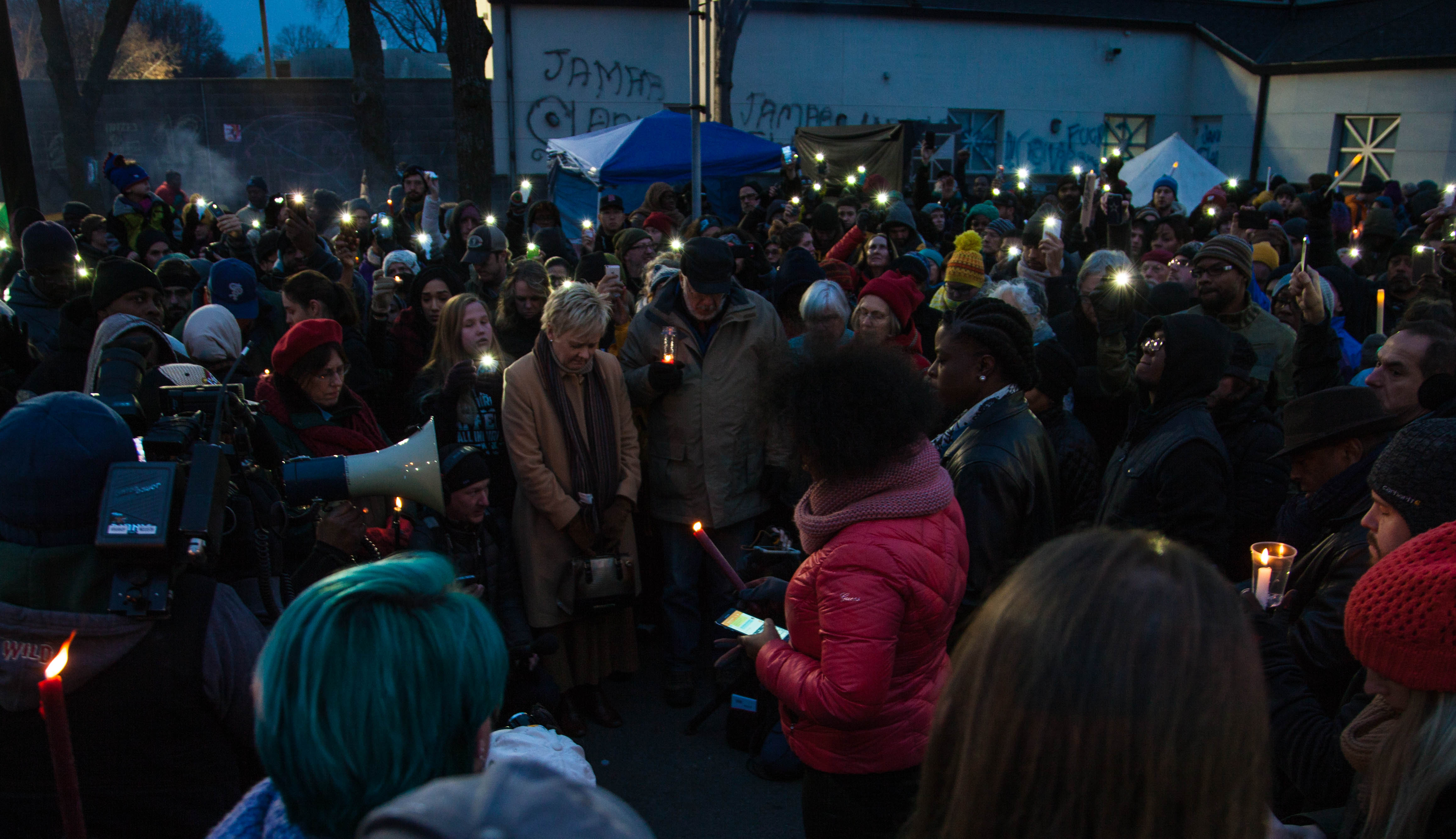 But stopping crime isn’t even what dominates the time of police officers – writing parking tickets and making traffic stops takes up far more of most officers’ time. It’s 2017 – there are far better ways to give someone a speeding ticket than having someone with a gun pull you over on the highway, putting both of your lives at risk. Let’s find ways of holding each other accountable for common rules in ways that don’t require the threat of violence.

In addition to “preventing crime,” police also enforce the morality of the powerful on everyone else. This means forcing homeless people out of sight, criminalizing drug users, and incarcerating sex workers, even when their choices don’t harm anyone. Centuries of criminalization hasn’t ended homelessness, drug use, or sex work. It’s time to re-examine our relationship with what the rich and powerful deem “unacceptable.”

Finally, maintaining order requires that any challenge to authority is brutally crushed. This was as true during the 1934 Truckers’ Strike, as it was during the 1999 Minnehaha Free State, as it was in the aftermath of the murder of Jamar Clark in 2015. As long as we have a militarized police force ready to attack anyone who threatens the status quo, advocates for social justice will suffer violence, imprisonment, and the difficulty of finding a job and housing with a criminal record. Is that really how we want our community to respond to calls for us to treat each other better? 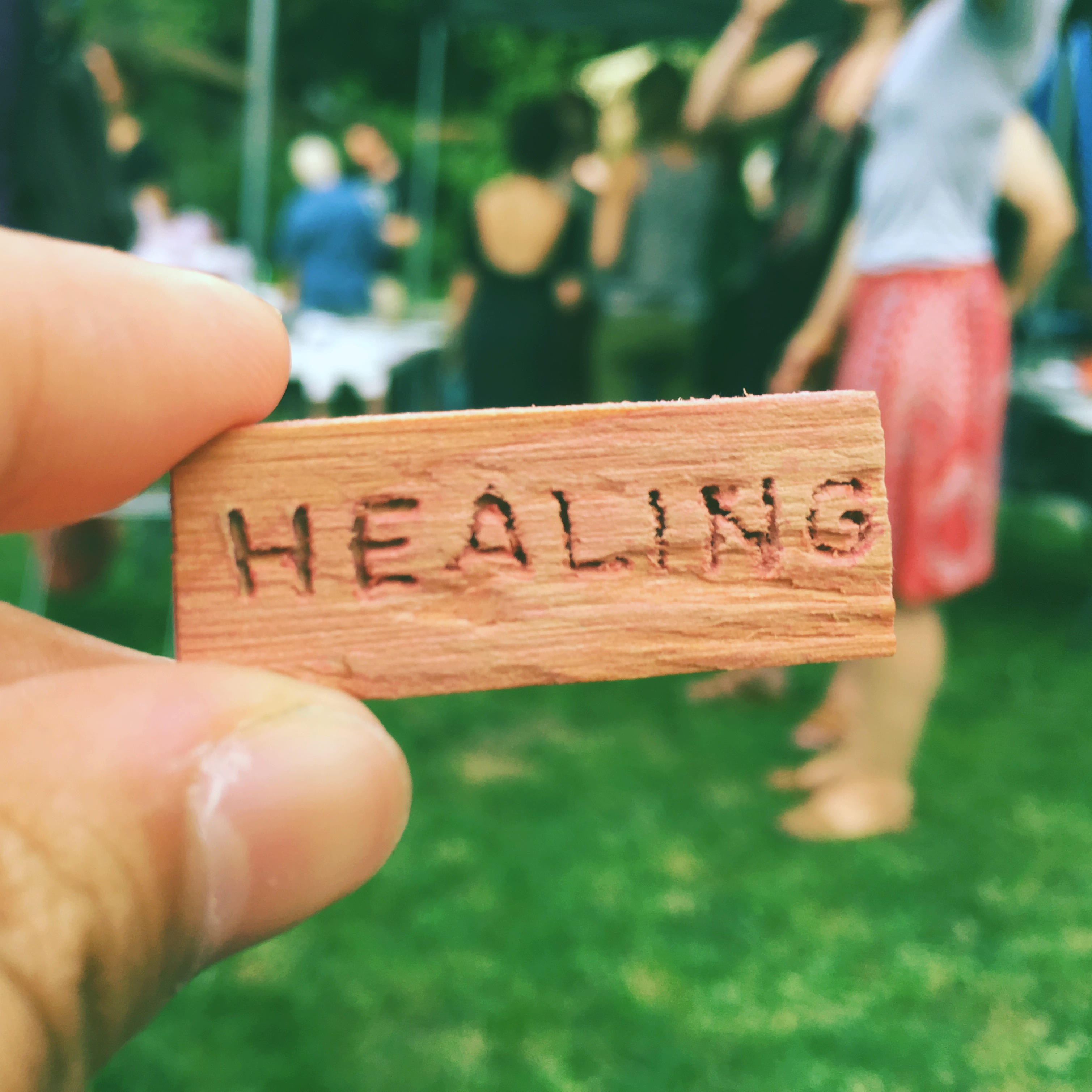 When someone makes a 911 call, the police are almost always dispatched, even in cases that primarily concern paramedics or firefighters. Police are poorly trained to deal with the vast majority of crises; for every call in which the use of violence becomes necessary, there are many mental health crises and domestic violence calls that cops are poorly equipped to deal with. The solution isn’t trying to train officers to do everything – it’s a more specialized and decentralized response to emergencies.

911 didn’t exist until the 1980s in Minnesota. At the time, plenty of people were skeptical of the idea of dispatching police, paramedics, and firefighters from the same call, given the different functions they serve. But if dispatchers can decide which of those three services to dispatch to an emergency, why not more? Why not have mental health professionals, social workers, domestic violence advocates, and other responders who could be dispatched to the scene depending on the situation? Or, to put it differently, how many 911 calls actually require the involvement of people with guns?

Think about the last time you or someone you know reported a theft to the police. Was the perpetrator caught? Did the victim get their property back? How about the last time you heard of someone being held accountable for a sexual assault after the survivor reported it to the police? The fact of the matter is that police aren’t that good at solving crimes, even ones as serious as murder. For example, in 2015, MPD only solved 26 out of the 45 murders that were committed.3Jany, Libor. “More killings go unsolved in Minneapolis.” Star Tribune (Minneapolis), October 16, 2016. Part of the problem is a lack of trust in the police. Many residents don’t report crimes in the first place, or refuse to provide evidence based on past experiences with the police. To try and get around these issues, MPD invests in programs to get witnesses to talk to police, including a group of community leaders who provide counseling after shootings and a team of social workers at Hennepin County Medical Center who try to discourage retaliatory violence.4Ibid. But if we want to be able to address violence and harm in constructive ways, leaving crime investigation in the hands of a largely mistrusted agency overly reliant on incarceration is not an option, regardless of their outreach efforts. 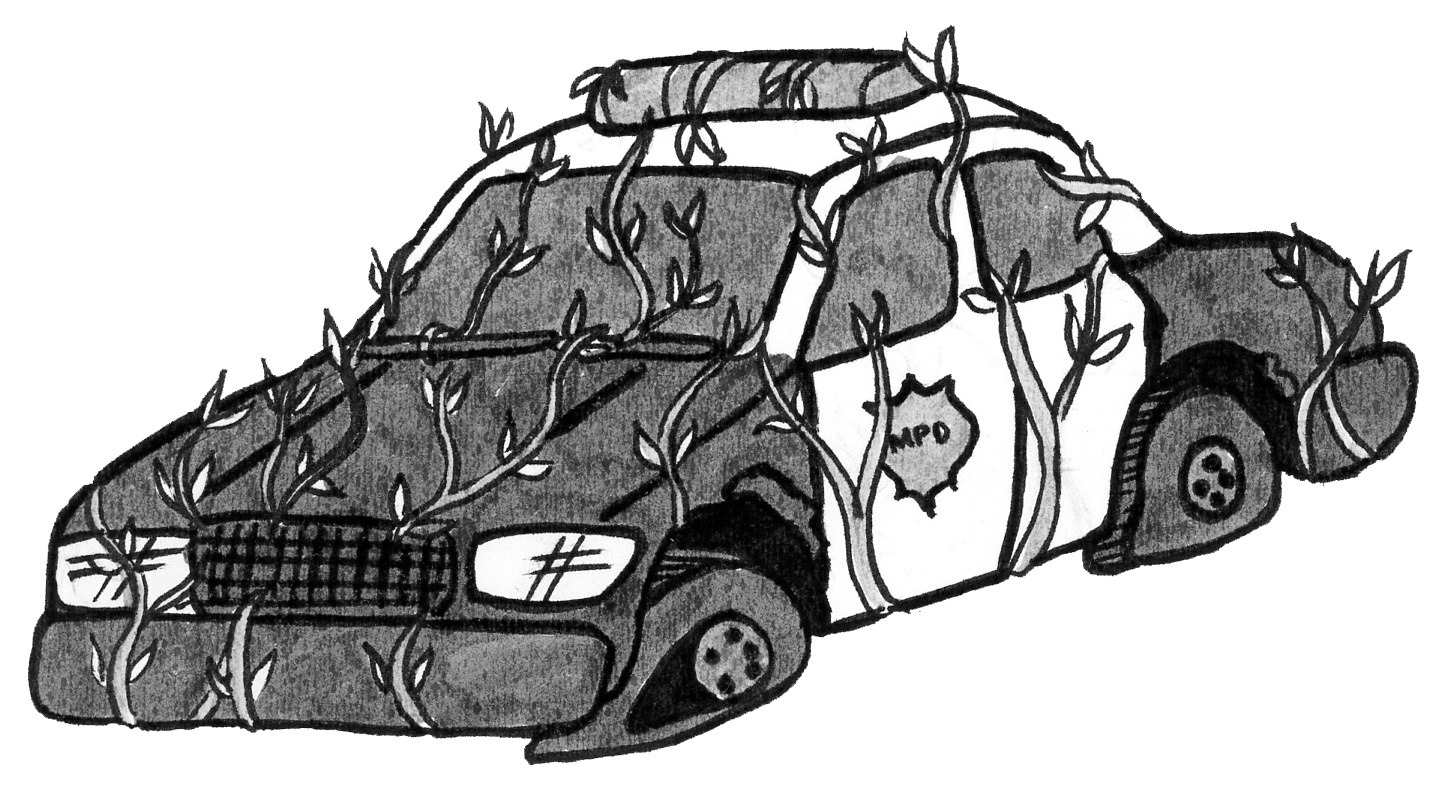 Other models can help us learn how to respond to harm in ways that allow for humanity and growth on the part of the victim and the perpetrator. These can include traditional methods of peace- making practiced by peoples around the world, as well as more immediate options: for example, restorative justice agencies here in the Twin Cities that currently work in the criminal justice system could be tasked with addressing community conflict outside of the courtroom. Another model to consider is the Truth and Reconciliation Commission that helped South Africa begin to heal from the wounds of apartheid. One thing is certainly true: we couldn’t design a more inhumane, racist, damaging way to resolve conflict than the United States penal system if we tried.

Investing in a better future

We can live in safe and healthy communities without police; in fact, the criminalization and violence police bring into our communities makes us even less safe. What we need are resources – the time and support to build a network of community safety providers that don’t solve every difficult problem with the threat of force. The Mayor’s proposed budget for 2018 increases the funding of the Minneapolis Police Department to $179.2 million a year.5City of Minneapolis. 2018 Budget. Think about what what that money could do if it were used to help people out of poverty or to build affordable housing; think what it could do if it were used to hire more social workers instead of more police. 150 years of investing in the Minneapolis Police Department certainly hasn’t ended crime in our city. It is time for us to try something new.

Divestment doesn’t have to happen overnight. We can take our time building the alternatives that we need to keep our communities safe, pulling a few dollars at a time out of the police budget and putting them into other community safety options. Right now is a good time to start, because “Baby Boomer” police officers are retiring in large numbers, and departments across the country are struggling to replace them. One potential path to divestment could begin with a hiring freeze – as each Baby Boomer police officer retires, their salary gets transferred into a new community safety program. 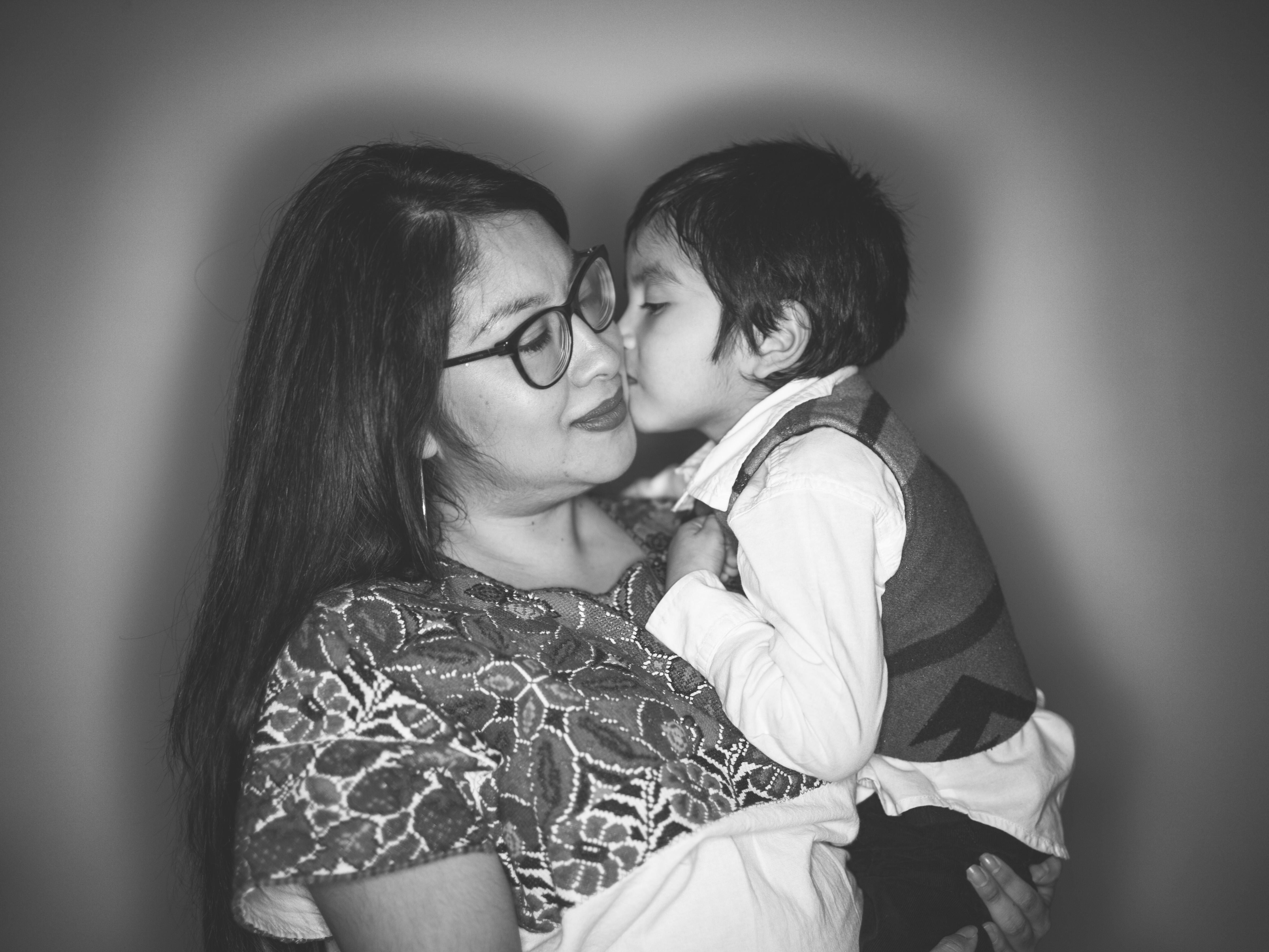 These ideas aren’t just utopian dreams – support for police abolition is growing across the country. Activists in Chicago, New York, Durham, and other cities are advocating for “Beyond Policing” platforms that ask city officials to redirect police budgets into community-led safety initiatives. The idea of investing in police alternatives has already been tested in Minneapolis: in 2016, the City Council voted to invest $500,000 into community-led safety programs in the Broadway and Little Earth communities. But half a million dollars is a drop in the bucket compared to the hundreds of millions we spend on the police every year. If we really want to build a safer and more humane future, we’ll need to think a lot bigger.

The first step on the road to a police-free city is determining the needs of our communities, and identifying alternatives that can meet those needs. MPD150 doesn’t claim to have all the answers, but we do know that given a chance, our communities will rise to the occasion of creating a better world for our children.

Check out our “alternatives” page for some thoughts, ideas, and current options for what safety can look like beyond police.